We’re innovators and dreamers. We have a diverse team of strategic thinkers, sales experts, technology wizards, creative designers, and communication specialists. We are passionate about fueling our client’s growth through bold communication paths that include a clear and concise message with measurable results. 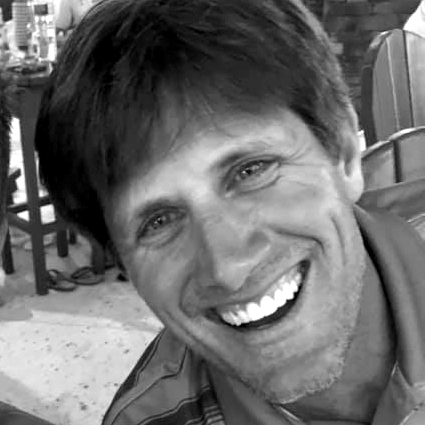 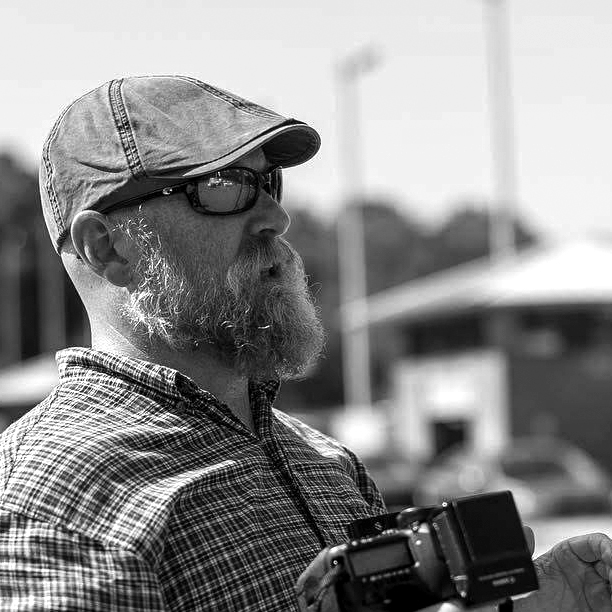 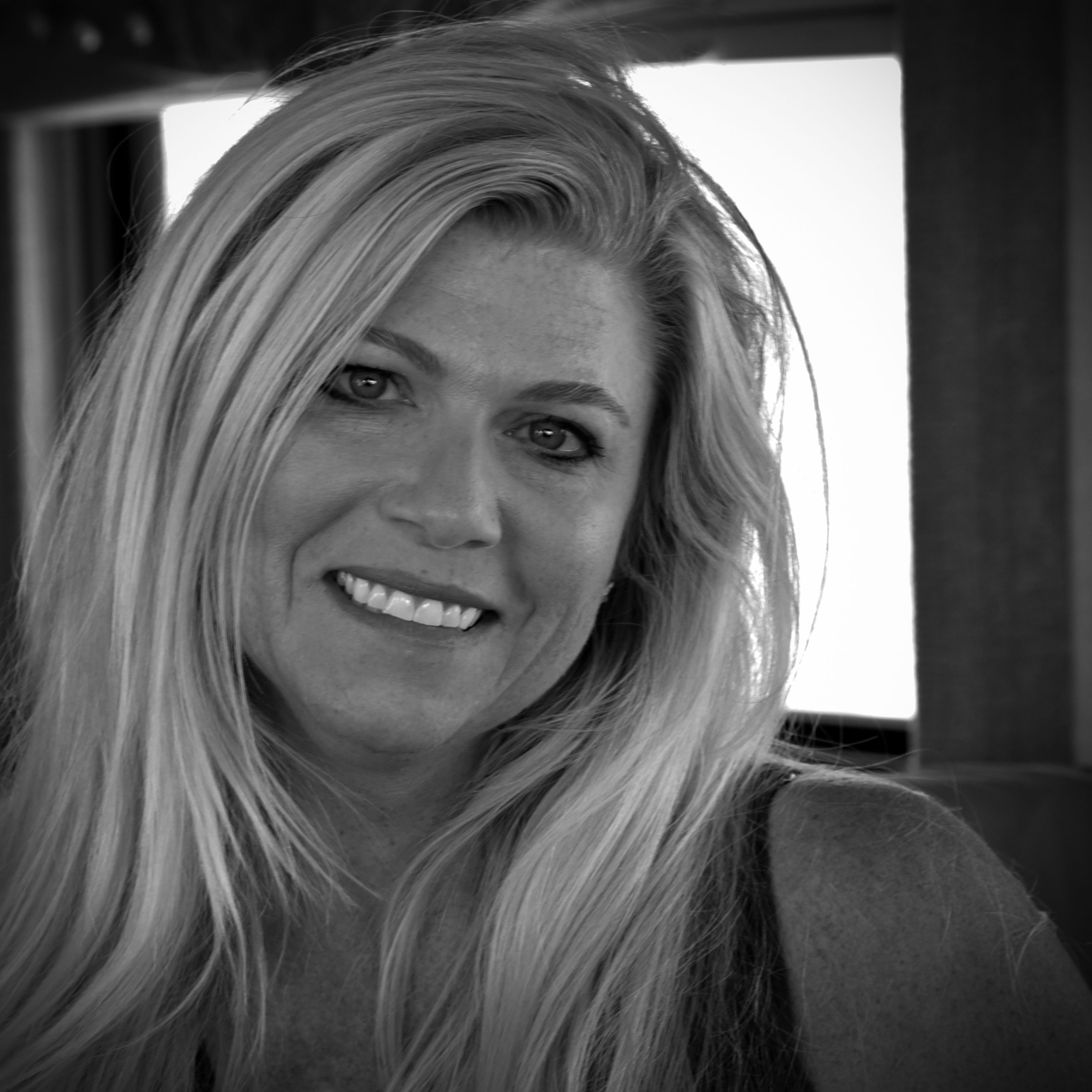 I AM THE MANAGER! 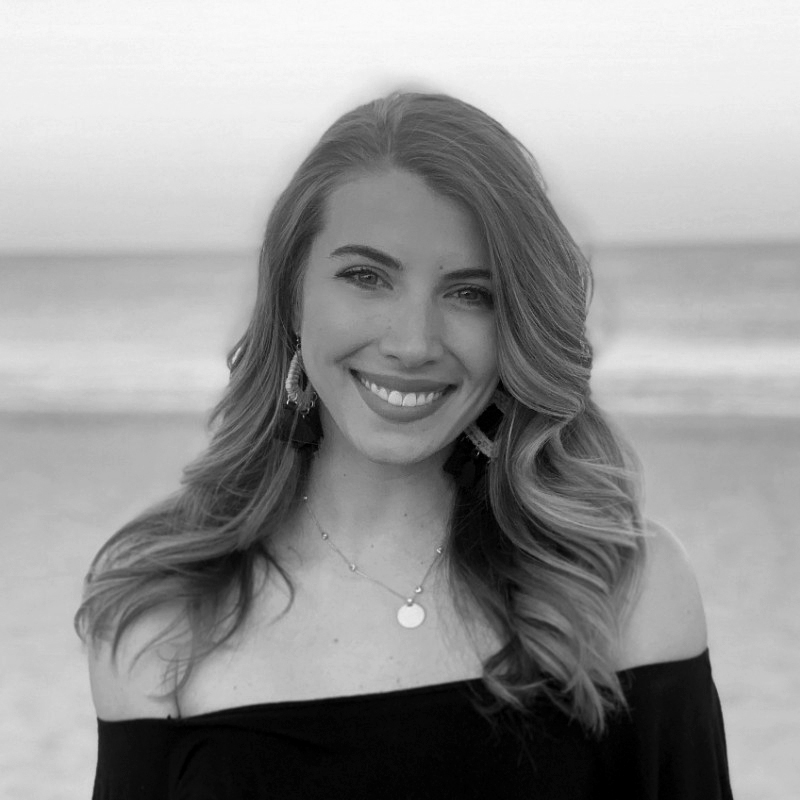 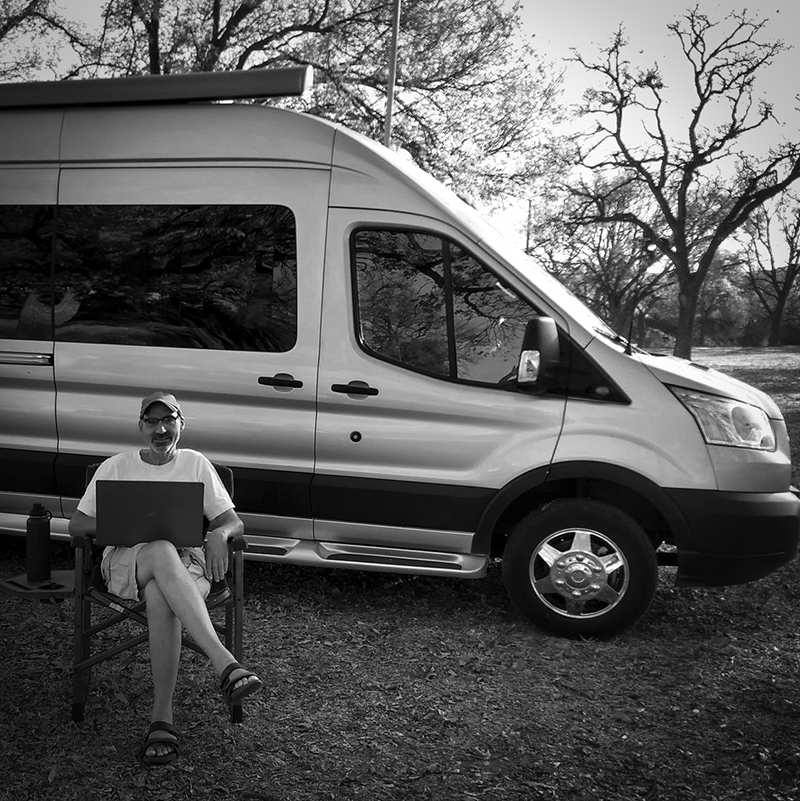 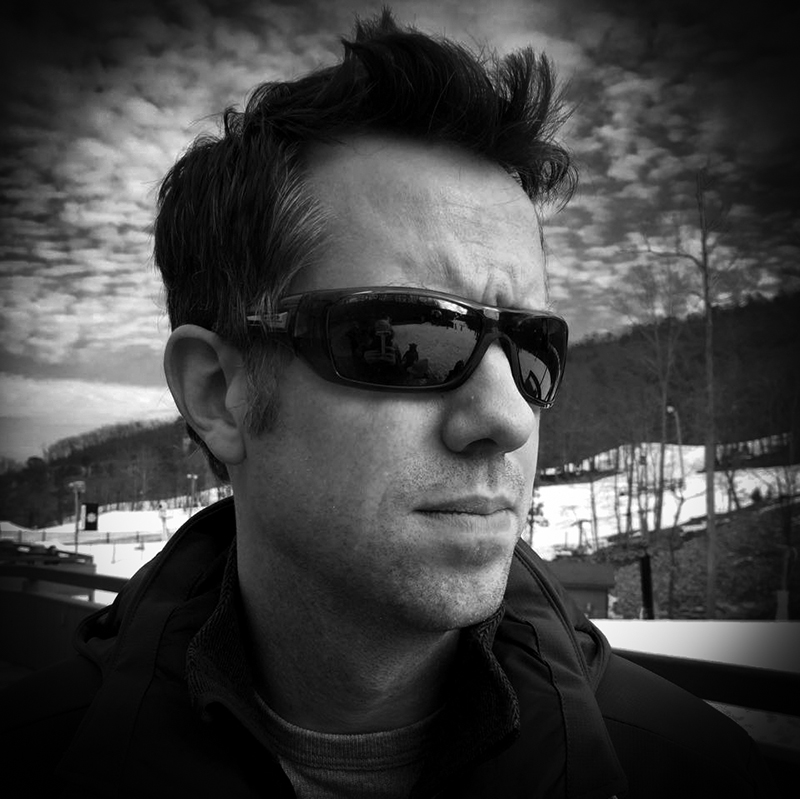 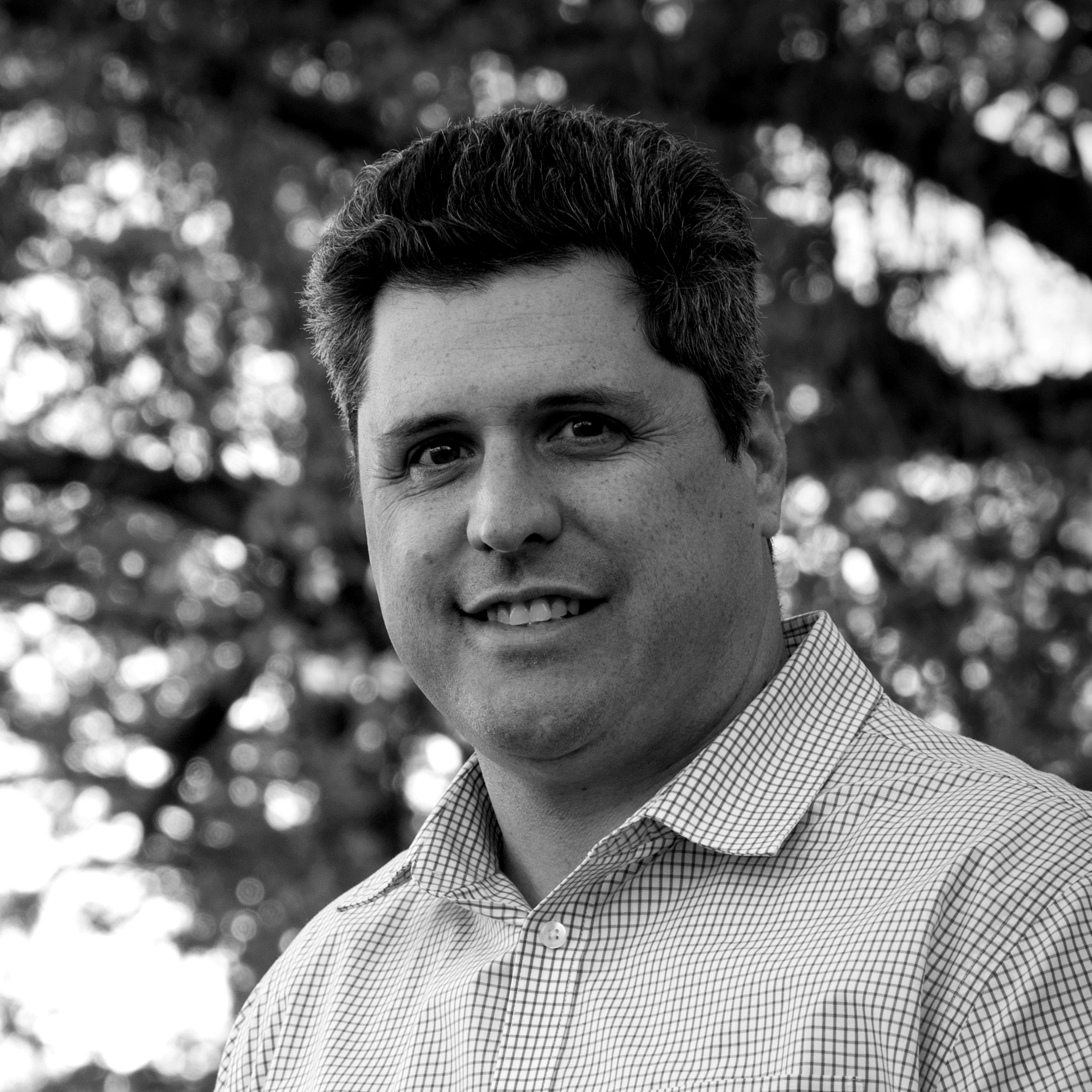 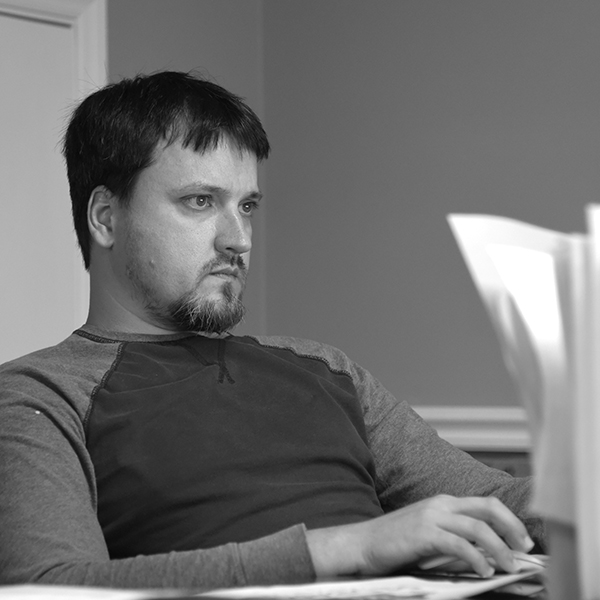 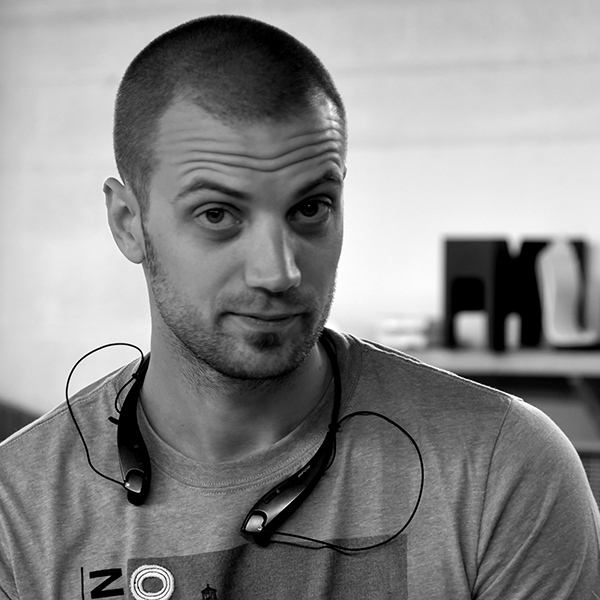 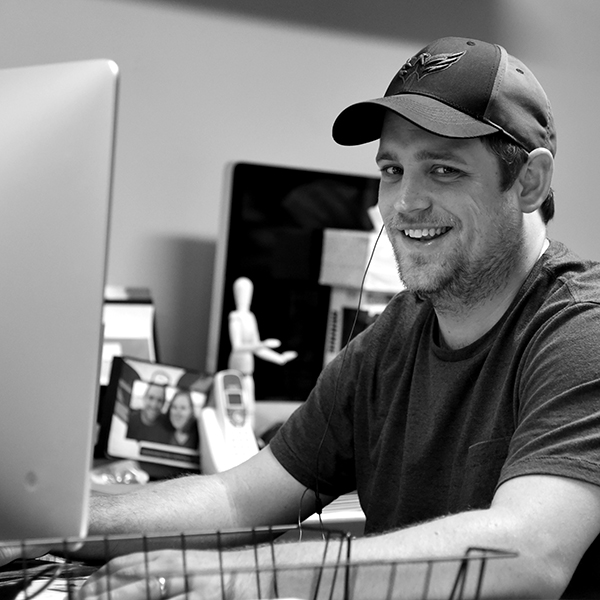 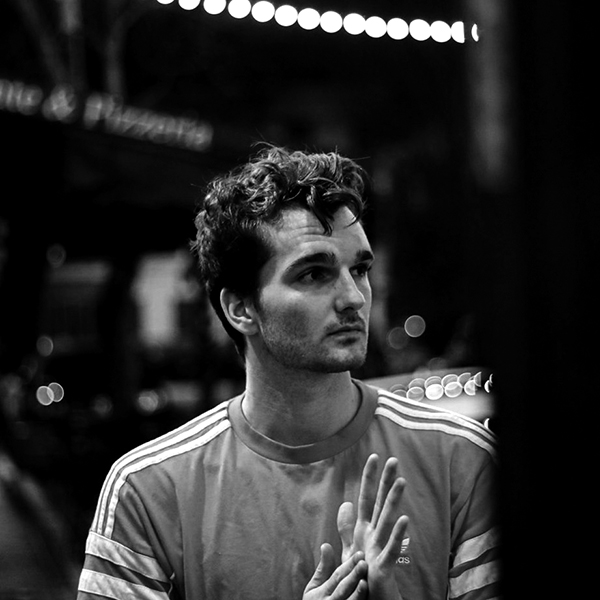 READY TO WORK WITH US?

Rodney is our resident Servant Coach. You may be asking yourself, what it a Servant Coach? Easy! Rodney works to serve the clients needs based on a rich history of sales and marketing while coaching them in business and marketing tactics that have "won" many games throughout that history.

Married for 24 years, father of three children, 50 going on 15, Rodney is an Asheboro, North Carolina native who set out to pursue his educational and business dreams in 1989.  That pursuit began with the completion of two degrees in printing, from Chowan College and Appalachian State University followed by a hectic 3 year job in sales and marketing with a company named American Communications. That job had him residing in Murfreesboro, Boone, Raleigh, and Knoxville, TN, exploring the ins, outs and upside downs of many marketing models. Throughout his adventures, he realized that Asheboro was not only the center of the state but the center of the universe and returned home to his roots in 1996.

Rodney spent the next 5 years working in sales for his father, Bill, who founded the community anchor business Village Printing in 1969.  Rodney became sole proprietor of Village Printing in 2001, acquired Deal Printing (the oldest print shop in Greensboro, NC) and brought the companies into a modern and technologically advanced footprint. In July of 2012, he and a family friend started what would become AIM Integrated Solutions, Inc.  After 9 years of peeking behind the curtain of several different companies and assisting those clients with their marketing needs, he realized he could offer that wealth of knowledge to others that wanted to excel in sales and marketing.

When not in the office or juggling multiple business outlets (he really can juggle...and ride a bike backwards...at the same time), you might find Rodney spending time with his family and friends at his favorite location on earth, Badin Lake.

We like to call Kris the Swiss Army knife. The great thing about a Swiss Army knife is it is a versatile tool. Do you remember the TV show MacGyver that ran from 1985 - 1992? The title character always had his trusty Swiss Army knife that he used to help extricate him out of all kinds of sticky situations. From building an ultralight airplane to a bazooka to just trimming nose hairs, that Swiss Army knife helped solve complex problems time and time again...kind of like what Kris does at AIM (well..maybe not the nose hair part).

Kris has a lengthy history in a variety of areas including graphic design, marketing, web design, social media, podcasting, photography, videography, catchy jingles and alligator wrangling. His creative approach to brainstorming and project development is rivaled only by his passion for long walks on the beach (hunting for flounder) and his dream of one day becoming a world renown beard grooming evangelist. Much like a Swiss Army knife, Kris brings a variety of tools to the party at AIM Integrated Solutions.

With an Advertising & Graphic Design degree from Randolph Community College (where he was later Director of Marketing from 2013 - 2018) and an Arts Management degree from Appalachian State University, Kris had a front row seat to the emergence of many new digital and marketing technologies. Also, he has a Graduate Certificate in Technology and Communication from the University of North Carolina at Chapel Hill that helped hone his voice for storytelling and promotional language.

With his wife and daughter by his side, Kris enjoys traveling throughout North Carolina (and beyond!) visiting with friends, creating music and regularly learning new things...

...after all...you've got to keep that Swiss Army knife sharp!

DJ? He's a walking cliche. A character from "O Lucky Man!" - he just can't figure out if he's Alan Price, Gloria Roe, or Mick Travis. An accomplished beekeeper who just happens to be one of the best web programmers, bar none.

He believes he's the smartest dumb person ever. Over the years, DJ has systematically built a customer base of 3200 employers and systematically spent everything on making a fortune (read that a few times). He's landed some of the biggest, slowest corporations anyone has ever met and yet gets nervous talking to a group of his fellow beekeepers. In a twist of irony, DJ has separated people from their money for the cause of making more money but been unable to find a way to separate people from their money for the cause of housing the not-so-wealthy.

An "open source" aficionado, DJ thrives on creating comprehensive programming solutions that won't break the bank. He's proficient at B2B and B2C solutions as well as product design and development, end-to-end project management and executive level management. A student of beauty in coding and design, he believes "design dictates margins...not the other way around."

For DJ, the open road is his home. Migrating from coast to coast in his super sweet RV, DJ churns out digital solutions that rival Fortune 500 companies. He believes he was raised by the second most patient woman on earth and married the first.

May the road rise to meet you, Mr. Nickles.

If you search the dictionary for the word "compelling," one of the definitions might include "forceful" or "demanding attention." Since we don't feel like Savannah is overly forceful (unless you count forcing us to return a friendly smile that she's quick to offer), we're going to settle on "demanding attention." As our Compelling Storyteller and project manager, the yarns she weaves for our clients' marketing materials definitely demand attention.

Savannah recently wrapped up her undergraduate journey at the University of North Carolina at Chapel Hill with a Bachelor of Arts in Media and Journalism. While attending UNC, she was a brand ambassador for Southern Tide and PINK Victoria's Secret. Savannah got to spend some time in front of the camera as an anchor for the campus news show, Carolina News Now. As if that wasn't enough, on top of her rigorous course load at the Hussmann School of Journalism and Media, she participated in many school clubs and organizations. Some of Savannah's favorite opportunities included assisting at Carolina Helping Paws and Coulture Magazine.

Savannah especially loves copywriting, brainstorming creative marketing techniques, and creating unique advertisements. Somewhere during all this swirl of activity, she finds time to play tennis, go shopping and hang out with her family, friends, and her four dogs and rabbits (did we mention she loves animals, too?).

If you ask us, all these threads makes for a pretty compelling story.

We wish we were Caleb Williams and you should, too. Not only does he have an amazing title (Software Ninjaneer AND Robot Master? What the heck is that?), but he also has a keen eye and brain for video production.

Let's understand something first and foremost: Caleb is a Computer and Software Engineer with a degree from North Carolina State University. Normally, engineering and artistry don't necessarily mesh well, but in Caleb, they do. His artistry comes to light in his creations of stunning short films for business promotion and creative wedding videos. His passion is evident when he digitally paints the stories he uncovers for his clients onto the canvas of our screens with the comprehensive attention to detail of an engineer...the best of two disciplines.

At his core, Caleb is a family oriented guy (he has to be as one of four brothers) and cherishes spending time with family and friends. When he’s not testing ridiculously long lines of code or editing his most recent video project, you may be able to find him in the mountains of North Carolina, carving down a snow covered slope on his snowboard, while envisioning his next story on film. Or maybe on a lonely pond somewhere in a canoe, watching the sun set, waiting for a fish to strike his line.

Man...we wish we were Caleb Williams.